THE MINISTRY OF THE TWO WITNESSES

Understanding their purpose, ministry and destiny. 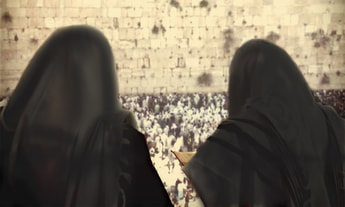 First, let us consider what the Lord spoke of them, through both Zechariah and the apostle John.


These are the two anointed ones, that represent the olive trees whose branches which send the oil that burns in the heavenly menorah and yet are two menorah's of Light themselves.

At the time of Zechariah's prophecy Israel had been released from Babylon but the temple had not been rebuilt yet.


How would this relate to what John saw in Revelation?


In both these sections of Scripture, preceding the two lampstands/two olive trees/two witnesses... There was “measuring” taking place. In both cases, measuring was being done to prepare for a temple. Zerubbabel had laid the foundation of a temple in Zechariah's time and the Lord was calling for it to be rebuilt. During John's lifetime, the temple of Jerusalem had been destroyed 70 AD (and as of this writing in September 2015, has yet to be rebuilt).

What was always in a temple of God?

In both heaven and earth are menorahs (or lampstands)... Jesus said in the "messages to the seven churches" (in Revelation 1:12-13,17-20,2:1) that He walks among the lampstands in heaven. In the tabernacle of Moses and in the temples of Jerusalem, there was always a menorah burning  24-7 in the Holy of Holies. We know from the book of Hebrews the earthly temple set-up is a reflection of the heavenly one (Hebrews 8:5).

We also know that a temple is yet to be rebuilt at the time of this writing, but it is coming.

In order for the abomination of desolation, to be set up and the sacrifices stopped, it has to have been rebuilt prior to the rapture and for a certain amount of time.

We also see that the Two Witnesses come on the scene and that they will prophesy for 1260 days/the first half of the 7 years (we know it is "the first half" because the 2nd half is only a time of judgment and wrath - Revelation 11:3-4).

We know that at the beginning of the 7 years, the Antichrist is given authority, a white horse, a bow and told to go conquer. Also at the same time, the Two Witnesses will be accomplishing their assignment. Herein lies a clash of good versus evil.

What is their assignment?


Lets break this down a little. They are God's Two Witnesses. And they have God-given power. They witness and prophesy.

God established both the Jews and the Law (Torah). The Lord required two honest, witnesses to be brought with any important charges against someone. In any case involving the death penalty, 2 witnesses were required. If a witness was found to be lying, they had to suffer the equivalent punishment of whoever they bore false testimony against.


Could it be that judgment is about to come on the earth and before it does, the Two Witnesses are part of that plan? For certain there is no question about it.

Interestingly, the Greek word for “witnesses” here is “marturions” and is where we get the word “martyr” from in English. The Disciples were called “witnesses” by Jesus Christ Himself as recorded by Luke in the book of Acts.


To “give testimony” or “be a witness,” meant you would put your life on your word. These Two “Witnesses” of the Lord in the book of Revelation, will not only “witness” as in “giving testimony of God”, but also “prophesy” and eventually do so “unto death” becoming - “martyrs.” Praise God, that after 3 ½ days, they will rise again!

John records that upon their deaths, the (worldly) people will "celebrate and make merry" all over the earth.


So how is it, that they are "witnesses of the Lord" who  prophesy but also torment the lost people on earth?

What we have here is the battle of good and evil like never before.


I believe this is a direct reference to "their testimony and prophecy.” After these two Anointed Ones are killed and upon their resurrection, those that rejected the Gospel they preached, will “fear God and give Him glory as the hour of His judgment will have come. Every knee will bow in worship to Him who made heaven and earth, the sea and springs of water.”

Darkness not does not like the Light, it hates the Light.

The people of this world, that will be accepting a false Messiah, a global leader that is being set up to be their “god”... will be choosing darkness. They will fall for this global leader that does "lying signs and wonders"... He will be a global leader who hates the Light and who blasphemes God. Like any politician, he will at first be likable and not show his true colors. Eventually, the true ugliness of him will come out and it will certainly be ugly.


But the dragon, his beast and false prophet, have NO authority over the Two Witnesses of Jesus Christ and cannot touch them, "until" they will have “finished their testimony.”


Their testimony is Jesus Christ and the Gospel.


Just when Satan and his Antichrist think they have it all under control... Boom.


This is also when the rapture happens!

This is at the middle of the 7 years. Not only do the Two Witnesses ascend, but the graves open and yield up the remains of those who come with the Lord to get their incorruptible bodies and for those alive in the Lord on earth, who will ascend with them (1 Thessalonians 4:13-17). The Lord will separate/call out His sheep unto Himself and then send judgment and wrath on the most blasphemous and wicked people that ever lived.

Here is a mystery and how it will unfold. "Wherever the body is, there the eagles will be gathered together." Please notice this sentence or phrase in the following sections of Scripture.


Can you see the mystery becoming clear? Did you ever wonder about this verse?

“For wherever the carcass is, there the eagles will be gathered together.”

It is tucked in there almost seeming like a riddle. The Lord reveals His truth in His time. In the days of the writing of the New Testament, vultures were considered eagles. Where the Two Witnesses' dead remains will be, the eagles (vultures) will be gathered.

Just when the Antichrist has declared himself god and all the wicked ones think that they are free from the Two Witnesses; just when they think they have the Christians crushed. When the false prophet has had the image of the beast set up and he orders all to worship the beast and take his mark... When all the wicked ones are thinking, “peace now” - oh, are they in for a surprise.


Praise the Lord! Just like at the Cross; it looked "the worst" but in reality, it was the opposite. Our Lord was not defeated at all. He was accomplishing what He had come to do! And so it will be on this great day of the Lord! Hallelujah! 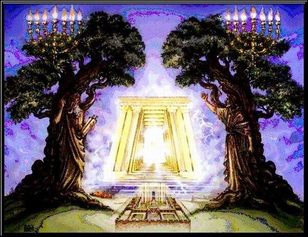 If you are interested, there is a listing of the Bible verses regarding the Two Witnesses: Bible Verses Pertaining To The Two Witnesses.
NEXT
RETURN TO INDEX