Welcome to Rapture Bible Truth. We believe there will be a rapture of the saints and while there are many views about its timing, only one view has the preponderance of Scripture to back it up. The rapture will happen in the middle of the last seven years of this age. Christians will have to go through much tribulation and need to be prepared to live through a time of deception, apostasy, persecution and evil, until the Lord comes for us. This view is a pre-wrath viewpoint meaning that Christians will absolutely not be here when God's wrath will be poured out. Some people believe that there will be 7 years of God's wrath but we show how the first 3 1/2 years are a time of hard tribulation (not God's wrath) and the last 3 1/2 years will entirely be a time of God's wrath. The pre-tribulation rapture view that has infiltrated the church does not hold with all Scripture and if believed, many Christians will be unprepared and many will even fall when events do not unfold as expected. The enemy is coming with such great deception that Jesus seriously warned us (His church) not to be deceived.

And He said: "Take heed that you not be deceived. For many will come in My name, saying, 'I am He,' and, 'The time has drawn near.' Therefore do not go after them. But when you hear of wars and commotions, do not be terrified; for these things must come to pass first, but the end will not come immediately."  Luke 21:8-9

"For false christs and false prophets will rise and show great signs and wonders to deceive, if possible, even the elect. See, I have told you beforehand. Therefore if they say to you, 'Look, He is in the desert!' do not go out; or 'Look, He is in the inner rooms!' do not believe it. For as the lightning comes from the east and flashes to the west, so also will the coming of the Son of Man be."  Matthew 24:24-27

These Scriptures are Jesus warning His church of what will precede the rapture. Why would He warn people who would not be here? He continued to tell of the gathering His Saints in Matthew 24:1-51, Mark 13:24-27, Luke 17:22-37 and, Luke 21:5-36. This is the rapture, not the Second Coming. The saints will already be gathered by time of the Second Coming and "coming with Lord," not "to be gotten." And these chapters do not refer to Armageddon as there will be no saints on earth at that time for Him to come and gather.

So what exactly is the rapture if someone is new to all this?  Is the word "rapture" really in the Bible? Is it possible to know when will it happen? Will it be a pre-tribulation, mid tribulation or post tribulation rapture or something else entirely? Will the rapture really be invisible to the rest of the world or will the whole world see?  What does the Bible really mean with phrases and idioms such as, "as a thief in the night" or in "the twinkling of an eye"? What does the Bible really have to say in the Book of Revelation, Daniel and other places? Many answers to these questions and more are found on this site.

Who are the Two Witnesses? When will the seven seals happen? The seven bowls of wrath and seven trumpets will happen in what order? Who is the Antichrist? Obviously there is much room for speculation, but there are some things we can know for sure. There is an eschatology timeline that might be of great interest here also.

There are two writers and editors of this site, one American and one Romanian. So along with the site being in English, there is also a "Romanian section." The Romanian, Carmen Pușcaș, has a personal website at Carmen Pușcaș Ministries and we have another website with great articles to help with our daily walk in the Lord called The Truth Stands Forever. 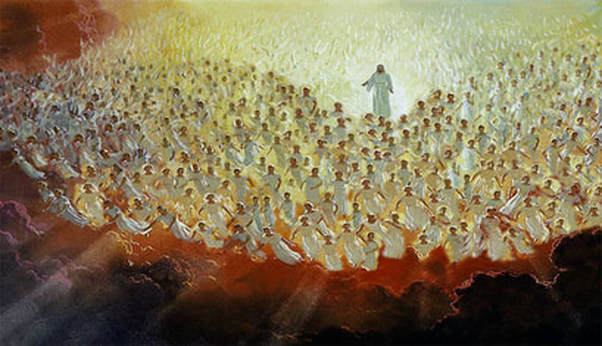 The standard Bible used in English on this site is the New King James Version. There are exceptions in which most of the time, whatever version that is used otherwise, is shown.

The material and articles on this website are the exclusive properties of E. Cockrell and Carmen Pușcaș and may be copied for personal study or instruction but shall not be copied and/or distributed in whole or part without permission or for financial profit.