UNDERSTANDING FORNICATION AND THE HARLOT OF THE BOOK OF REVELATION 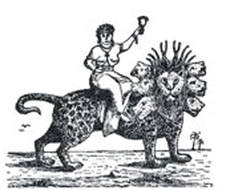 This is a short message to simply share a deeper understanding of fornication, especially in regard to the harlot of Revelation 14, 17, 18 & 19, and what spiritual fornication really is.

First consider the verses regarding fornication and Babylon:

These verses are about the final group that will make up Babylon, but in a sense, it applies to all time. For the sake of some who may not realize it, to reject God and go with our own carnal nature is to choose the devil’s voice rather than God’s voice. And the only reason anyone ever does it, is for the same reason: the deception of alleged self benefit. There is only one God and when we choose ourselves to be our own gods or even directly choose the devil, it is committing “spiritual fornication” or “spiritual adultery.” (in physical terminology, fornication is sexual intercourse outside of marriage and adultery is sexual intercourse with someone besides one’s spouse).

We are not our own. We all belong to God. He created every one of us and for His own purposes. No one has to like it and anyone can refuse to believe it for now but it is still true. And, it is a huge mistake to think we can simply dismiss and disobey God. When we sell out integrity for the benefit of sin, we prostitute ourselves. And this is exactly what Babylon the prostitute and evil beast both do for their own benefit; they coerce people into spiritual fornication.

There is another view about this type of fornication that is also worthy of consideration. The end will not come until the Gospel is heard throughout all the earth (Matthew 24:14). Christians have always shared the Gospel but the Two Witnesses will have the testimony of Jesus Christ and their message will go out to the entire world. The false Messiah (Antichrist), his false prophet and those on the wicked side will also have their message. Anyone who will live through seeing and hearing both sides and still choose the evil side, will, in my opinion, be committing the worst spiritual fornication ever.​

WHAT IS THE ABOMINATION OF DESOLATION?
This is a clear and definitive look at what the Bible says about it.
ABOMINATION OF DESOLATION BIBLE VERSES
A compilation for thought & study.
ANTICHRIST & FALSE PROPHET BIBLE VERSES
A compilation for thought & study.
SATAN IS NOT THE ANTICHRIST
A distinct difference shown with Scripture.
THE ANTICHRIST, HIS IDENTITY & NAME
Understanding Revelation 17 & Daniel 7 & more.
THE ANTICHRIST IS UNIQUELY REVEALED IN THREE PROPHETIC SECTIONS OF SCRIPTURE
The visions of Daniel 7, Daniel 8 and Revelation 17 reveal the same evil One in 3 different ways and yet the same.
THE DRAGON AND THE BEASTS WITH SEVEN HEADS AND TEN HORNS
It is possible that the dragon of Revelation 12, the beasts of Revelation 13 and 17, as well as the four beasts of Daniel chapter 7, are the same in some manner.
THE SCARLET BEAST AND THE MYSTERY, BABYLON THE GREAT, THE MOTHER OF HARLOTS AND OF THE ABOMINATIONS OF THE EARTH
Scripture with commentary showing much about who the beast is and its relationship with Babylon, the harlot, as well as, who she really is.
THE SECOND BEAST, THE FALSE PROPHET
In Revelation 13, we see that there is a first beast, the Antichrist, as well as a second beast, the false prophet.
UNDERSTANDING WHO THE ANTICHRIST IS, THE SON OF PERDITION
He is both, false Christ & anti Christ.
WHO IS ABLE TO MAKE WAR WITH THE ONE WHO HAD THE DEADLY WOUND AND STILL LIVES?
Taking a look at how the assassination attempt of the Antichrist will amaze the lost and how strongly they will follow him.
WILL THE CHRISTIAN'S ANTICHRIST BE THE NEW JEWISH MESSIAH?
Thoughts for consideration.


Copyright 2018 E. Cockrell May be copied for personal study or instruction but shall not be copied and/or distributed in whole or part without permission or for financial profit.